You are here: Home / The Daily Sheeple / 9/11 Victims Urge Theresa May to Stop Covering Up Report on Saudi Extremism 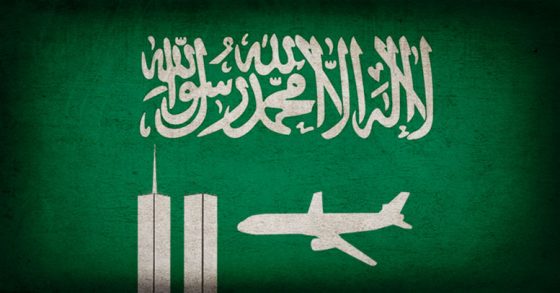 Victims and family of the 9/11 terror attacks are petitioning Prime Minister Theresa May to release details of a recent report that some members of parliament claim includes references to Saudi Arabia’s support for Islamic extremism throughout Europe. Though the government published a brief summary of the findings last week, it declined to make the entire report public.

“Last week, British Home Secretary Amber Rudd said the report was not being published ‘because of the volume of personal information it contains and for national security reasons.’”

“Green Party co-leader Caroline Lucas suggested the refusal to make public the report was linked to a reluctance to criticise the kingdom, with which Britain has long had close strategic and economic ties.”

“The statement gives absolutely no clue as to which countries foreign funding for extremism originates from – leaving the government open to further allegations of refusing to expose the role of Saudi Arabian money in terrorism in the UK.”

The British government, along with the United States, has long sold weapons of war to the Saudi kingdom despite full knowledge that those weapons are being used to kill civilians in Yemen’s civil war. U.S. and U.K. officials are also involved in those operations.

This week, fifteen victims and family members of victims of the 9/11 attacks sent a letter to May urging her to release the full report detailing funding of radical mosques across Europe. The investigation was authorized by the country’s previous prime minister, David Cameron. The letter reads:

“The UK now has the unique historic opportunity to stop the killing spree of Wahhabism-inspired terrorists by releasing the UK government’s report on terrorism financing in the UK which, according to media reports, places Saudi Arabia at its centre of culpability.

“The longer Saudi Arabia’s complicity is hidden from sunlight, the longer terrorism will continue. They must be stopped; but who will stop them? We submit that you are uniquely situated to shine the cleansing light of public consciousness.”

“We respectfully urge you to release the report now, finished or unfinished. We ask you to consider all the victims of state-sponsored, Saudi-financed terrorism, their families and their survivors in the UK and all over the world.”

Sharon Premoli, who rushed to safety after one of the planes hit the North Tower of the World Trade Center, signed the letter and has been pursuing legal accountability for years. She says she and others have long followed the money trail and that they “are always led to the source – Saudi Arabia.”

Though the United Kingdom has been hit with a slew of ISIS-inspired terror attacks in recent months, May’s solution has been to clamp down on internet freedom, advocate ramping up military operations in the Middle East, and ignore Saudi Arabia’s possible role in promoting extremism (further, last year May ironically claimed selling weapons to Saudi Arabia was vital to keeping Britain safe). In this context, the recent decision to keep the recent report under wraps is unsurprising.

The analysis is far from the first to suggest Saudi Arabian officials promote terrorism. Twenty-eight previously secret pages of the U.S. Congress’ 9/11 report, released last year, suggested there was some level of complicity from Saudi officials, who might have lent support to the hijackers, 15 of whom were also Saudi.

“The pages are devastating:

“Page 415: “While in the United States, some of the September 11 hijackers were in contact with, and received support and assistance from, individuals who may be connected to the Saudi Government.… [A]t least two of those individuals were alleged by some to be Saudi intelligence officers.”

“Page 417: ‘One of the individuals identified in the pages as a financial supporter of two of the 9/11 hijackers, Osama Bassnan, later received a ‘significant amount of cash’ from “a member of the Saudi Royal Family”

The outlet also listed a number of other Saudi connections from the 28 pages, and though the article stopped short of conclusively blaming Saudi Arabia, author Simon Henderson observed:

“I have never suggested that the Saudi government or members of the royal family directly supported or financed the 9/11 attacks. But official Saudi money ended up in the pockets of the attackers, without a doubt. I once asked a British official: ‘How do we know?’ He replied that we know what account the money came out of and where it ended up.”

Though Saudi Arabia has vehemently denied any support or complicity, American lawmakers have pushed forward in pursuit of accountability.

However, this has not kept many politicians in Congress from supporting Donald Trump’s multi-billion dollar arms deal with the country. A majority of lawmakers outright refused to support legislation banning the U.S. government from supporting terror groups.

President Trump, who alluded to the Saudi role in 9/11 on the campaign trail, not only inked an arms deal with the kingdom but has also partnered with the Saudis with the alleged goal of stopping extremism.

However, this is difficult to do when the Saudi government has spent billions of dollars exporting its radical Wahhabist ideology — which is markedly similar to ISIS’ — throughout the world (the Saudis’ role in 9/11 may not be confirmed, but taken with other evidence of their support for radicalism, the possibility is difficult to dismiss). Their reach spans from the Middle East to Asia to Europe, according to British lawmakers who have protested the government’s refusal to release the latest report.

Though it is doubtful May will take the letter from the 9/11 victims seriously, their opposition to the secrecy surrounding the document highlights continued resistance to the problem of Saudi hegemony and radicalism and the West’s ongoing ties to the monarchy.

As Premoli told the Independent:

“This has been a long time coming. If you think, we’re 16 years on from the murder of 3,000 people and the injuring of another 6,000 and the deaths and illnesses from countless others.”

Contributed by Carey Wedler of theantimedia.org.