You are here: Home / The Economic Collapse Blog / 10 Numbers That Show The U.S. Has Fallen Into A Horrifying Economic Depression
ShareTweetSubscribe 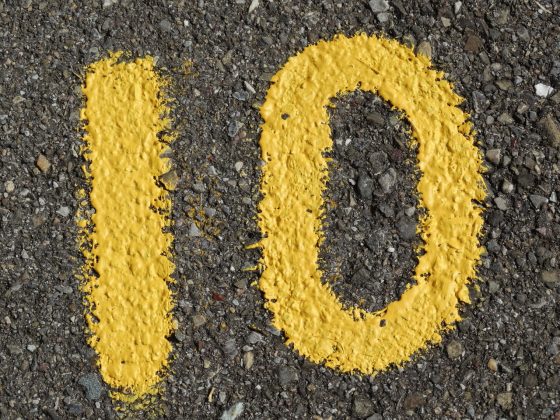 The last recession was really, really bad, but it was never like this. It is time for us to face reality, and that means admitting that the U.S. economy has plunged into a depression. This is already the worst economic downturn that America has experienced since the Great Depression of the 1930s, and we are right in the middle of the largest spike in unemployment in all of U.S. history by a very wide margin. Of course it was fear of COVID-19 that burst our economic bubble, and fear of this virus is going to be with us for a very long time to come. So we need to brace ourselves for an extended economic crisis, and at this point even Time Magazine is openly referring to this new downturn as an “economic depression”. Needless to say, there will be a tremendous amount of debate about how deep it will eventually become, but everyone should be able to agree that our nation hasn’t seen anything like this since before World War II.

In order to prove my point, let me share the following 10 numbers with you…

#1 According to a study that was just released by the National Bureau of Economic Research, more than 100,000 U.S. businesses have already permanently shut down during this pandemic, and that represents millions of jobs that are never coming back.

#2 The Federal Reserve Bank of Atlanta is now projecting that U.S. GDP will shrink by 42.8 percent during the second quarter…

A new GDP forecast from the Federal Reserve Bank of Atlanta for the three months through June estimates an unprecedented drop of 42.8 percent. The bank describes the data as a “nowcast” or real-time, compared with the official government report of GDP, which is dated. The first-quarter preliminary data, which showed a 4.8 percent dip, included a limited period of impact from COVID-19.

#3 On Friday we learned that U.S. retail sales were down 16.4 percent during the month of April, and that is a new all-time record.

#4 U.S. factory output was down 13.7 percent last month, and that was the worst number ever recorded for that category.

#6 On Thursday, we learned that the number of Americans that have filed initial claims for unemployment benefits during this pandemic has risen by another 2.9 million, and that brings the grand total for this entire crisis to 36.5 million. To put that number in perspective, at the lowest point of the Great Depression of the 1930s only about 15 million Americans were unemployed.

#7 According to the Federal Reserve Bank of Chicago, the real rate of unemployment in the U.S. is now 30.7 percent.

#8 According to a survey Fed officials just conducted, almost 40 percent of Americans with a household income of less than $40,000 a year say that they have lost a job during this crisis.

#9 One study has concluded that 42 percent of the job losses during this pandemic will end up being permanent.

#10 According to a professor of economics at Columbia University, the U.S. homeless population could rise by up to 45 percent by the end of this calendar year.

At this point, things are so bad that even Fed Chair Jerome Powell is openly admitting that he doesn’t really know how long this new economic downturn will last…

“This economy will recover…We’ll get through this. It may take a while. It may take a period of time. It could stretch through the end of next year,” Powell said during a rare televised interview that aired on “60 Minutes” Sunday night. “We really don’t know. We hope that it will be shorter than that, but no one really knows.”

In the months ahead, there are a few sectors that you will want to keep a particularly close eye on, and one of them is the commercial real estate market. The following comes from Zero Hedge…

Fast forward to today, coronavirus outbreak, and the ensuing lockdown, has essentially frozen the commercial real estate market. Buildings that were once used for restaurants, offices, hotels, spas, and or anything else that is classified non-essential have seen soaring vacancies.

This is single handily sending the commercial property market into chaos. As vacancies soar, tremendous downward pressure is being put on almost every asset class tied to commercial real estate.

The latest TREPP remittance data compiled by Morgan Stanley showed a quarter of all commercial mortgage-backed securities (CMBS) could be on the verge of default.

I am personally convinced that we are on the precipice of the greatest commercial real estate implosion in American history.

As the dominoes tumble, it is going to send wave after wave of devastation through the financial industry, and it is going to make the subprime mortgage meltdown of 2008 look like child’s play.

But at least bankruptcy lawyers will have plenty of work. Last week we learned that J.C. Penney filed for Chapter 11 bankruptcy protection, and of course the bankruptcies that we have seen so far will just be the tip of the iceberg.

I think that politicians all over America are going to deeply regret overreacting to COVID-19, because nobody is going to be able to put the pieces back together now that our economic bubble has burst.

Sadly, very few people understood how shaky our debt-fueled economic “boom” was, and ultimately it didn’t take that much to push us into a new economic depression.

And now every additional crisis that comes along is just going to escalate our economic troubles. This is going to be one very long nightmare, and there will be no waking up from it any time soon.

Even before COVID-19 came along, homelessness had become a massive problem in many of our major cities, and now tent cities are rapidly multiplying in size.

There is going to be so much economic pain in the months ahead, and it could have all been avoided if we had made much different choices as a nation.

But we didn’t, and so now we all get to pay the price.